I HAVE SEEN THE FUTURE

There's a programme called Gogglebox that is a recording of people watching tv.

They sit at home watching TV and they are filmed and then that is put on TV.

And then we sit at home and watch them watching TV.

You see where this is going?

And in the end we'll all be watching each other watching us watching them.

A bit like those mirrors in either side of lifts that reflect to infinity.

And then they'll be able to run re-runs of people goggleboxing.

How long before all that will be left will be goggleboxing.

People won't do anything or go anywhere.  They'll sit at home on padded recliners, with built in self-flushing toilets.  Food and drink delivered by conveyor belt straight into the TV room (which will be the only room) with the screen the entire size of a wall.  And each screen will record you watching it and relay it out to all the other screens.  And these goggleboxers will be able select who they watch watching them.

But that would be ridiculous, wouldn't it?
Posted by Unknown at Tuesday, September 24, 2013 2 comments:

THE WORLD, THE UNIVERSE AND EVERYTHING

"ART IS YOUR INTERPRETATION OF REALITY"

I read this today - or something very similar.  For the life of me I cannot remember where - so if it was you let me know, and I'll credit you.

Walking on the beach with the dog last Sunday, after skwadging ankle deep in tarry quicksand on a deserted tide-out stretch of sand, I gave up the idea of a fantasy afternoon watching the dog bound across flat sand into a late summer surf.  Within 20 minutes we were both wet, dirty and harassed by impolite dogs that hadn't been taught proper boundaries re my dog's ownership of a dubious bit of driftwood (TBH, I think it was a fossilized piece of sea alien), I trudged up the pebbly beach, two feet up and one step back up the hundreds of thousands of rocks and pebbles.

A little flat stone with some writing on it caught my eye.
Picking it up I couldn't immediately work out what the marks on it were.

Slowly I deciphered the strokes.

My name is Viv.

I shit you not.

I have no idea what interpretation to put on that other than it's a very strange coincidence.  Viv is not a particularly common name. The date I found it was 15/09/2013 and I suspect, but have no way of knowing, that a girl (or could have been a boy) called Viv who was born on 12/09/97 was sitting on the pebbles on their 16th birthday, chucking them randomly into the sea when she/he decided to claim one amongst the millions along the coast and inscribe their name and date of birth on it as a way to mark being sweet sixteen.

Or maybe whoever they were with, someone achingly in love with them (as only 16 year olds can be) said 'One day I will give you the world.  I'll start today with this little rock - this is yours.  See, it's got your name and birth date on it.  But one day I will give you the moon and stars as well - you will be queen/king of everything - because I want you to have it all, that's how much I love you.'

And then they tried to plant a kiss, but Viv pulled away, chucked the little rock down and shouted: 'Idiot - is that all I get for my birthday? Some stupid little stone with my name and birth date on? What a loser.'

And by that unthinking ungratefulness Viv's adorer's world turned and the bubble that contained their romantic dreams and imagined future with Viv exploded and scattered on the pebbly beach.

Silly Viv.  She/he could have had the universe, if they'd only returned the kiss and cherished the birth stone and held on to it - a talisman for everything they'd ever wanted; the beach, the sea, the sky, the world and everything in their sight - freely given with a love that worshipped them absolutely.  But they couldn't see.

So I found the little rock 3 days later and wondered at the strange coincidence of name and date.  And that other Viv will never have the universe because I have the little rock and now it's mine. 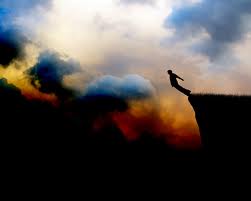 Yeah.  So.  Dreams are non-directed.  They are complete and whole AS a dream.  The character and events in a dream are not separate FROM the dream.  It's a night-film.

But there does seem to be some common aspects of dreams.  The first is that they are bizarre.  Compared to waking life, strange and far-out things happen.  So much so, that it's impossible to convey to someone else exactly what happens in a dream.  When you try to recount, I bet you find yourself saying things like "I was in my house, well it wasn't the house I live in now, it was kind of different, but the same".  And they nod and pretend to be interested but let's face it, other people's dreams are B.O.R.I.N.G.

Another common aspect of dreams is that the rambling, tedious account we give can even hint at the reality of the actual dream.  For the simple reason that no words, however eloquent or descriptive, can convey a dream with any accuracy.  WHATSOEVER.  All people hear is 'blah, blah, house, blah, blah, flying, blah, blah, purple dragon with false eyelashes, blah, blah.'

It's not like describing a film that we've seen (which is, TBH, equally as boring), because at least we can go watch the film and see what they were talking about and then either agree or disagree.

But once the dream is over, there is no way, NO WAY, that it can ever be recalled or recreated or repeated.

Which means that it's exactly like life.  Nothing that happens in life will ever be EXACTLY repeated or recreated.  And the map is never the territory.  And we can never know another's experience of reality. Either in their dreams or in their waking living.  All we have to go on is what we experience, whether it's a dream of waking reality - though it's interesting that we take waking reality to be more real than a dream.  Whilst we're dreaming, we may take it very seriously indeed.  Two nights ago I dreamt that I missed my footing on a ladder (yes, I know - you've already stopped listening..) and I fell from a great height.  As I fell towards the ground, I thought "This is going to hurt".  Then I woke up.  And that's when I stopped taking it seriously.  And started taking the awakeness of the morning seriously.

Which one is more real?  Which one should be taken seriously?
Posted by Unknown at Wednesday, September 18, 2013 No comments: